Volleyball Back Row Attack: An Offensive Strategy For Setters To Use 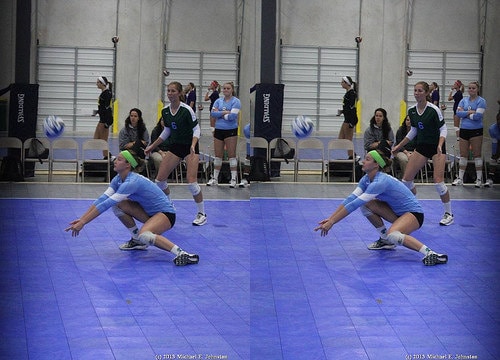 In serve receive, a back row player, which can be anyone in the second row except the libero, can take part in the offense.

What's most important about the volleyball back row attack is that the hitter has to take off, meaning, they have to start their spike approach and be in the air to contact the ball...from behind the ten foot line.

That's what keeps attacking from the back row a legal hit.  To be clear, if the hitter lands behind the ten foot line after attacking the ball, then

Go to https://www.improveyourvolley.com/volleyball-back-row-attack.html to read more…

Previous Post Volleyball Drills, Although Some Time Monotonous Are
Next Post New Item! 2021 Collection of Oversized Volleyball Hoodies
Cart (0)
0 items in your cart